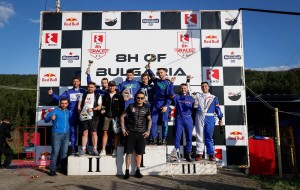 There are 3 more starts from the karting endurance championship, which will be held on the tracks in Kyustendil and Haskovo

April 26, 2021. On April 25, the Pautalia track near Kyustendil hosted the first start of the European Endurance Karting Championship. The competition was held for the first time in 8-hour format, while during the previous two years, it was organized as 12- and 24-hours event. 95 pilots from 25 teams participated in "EKO 8-hours of Bulgaria “, including racers from Ukraine, Spain, Italy and Northern Macedonia.

Pilots had to select in which of the 2 categories to compete, depending on their weight. In Category PRO – equaling up to 83 kg. with the equipment, the team of Pausilev was the first to cross the finish line, followed, with a difference of 28 seconds, by the team of VZ-Intercom RT. The bronze went to the GLS boys.

In Category GOLD – equaling up to 93 kg. with the equipment, the team of "Montana Extreme" ranked first, and the teams of "SVL" and "Pro Racing" took second and third place.

This year, for the first time, a prize was given for the fastest lap, which went to the Italian M. Burtzi, from the team of "VZ-Intercom RT". The time for which he made one lap was 58.898 seconds, on a route with a length of 1050 m. and 13 turns.

The "EKO 8 hours of Bulgaria" participants were required to face a special challenge. After the fourth hour from the start, the direction of movement was reversed, which in no way prevented the pilots from giving their best in the competitive race. They made a total of 450 laps. Less than a minute separated the first 5 teams after the fierce battle, which took place within 480 minutes. 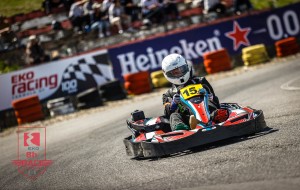